I turned 60 last month. I’m still not sure I believe it, but the numbers check out every time, so it must be true. Birthdays in our house are always celebrated, especially the ‘milestone’ ones. So when my hubby, Dick, asked me where I wanted to go for my birthday I thought about it for a while before answering. For my 30th birthday, my sister, Conni, and her took me to the Magic Time Machine here in San Antonio. It’s entertaining, and the food was good. It’s a place to go at least once. On my 40th birthday, my now husband then boyfriend, took me to Pasta Lomonte’s (now Lomonte’s Italian Restaurant and Bar) in Houston. He surprised my though with a group of friends that met us there. By my 50th, we were living in San Antonio. Still, I loved Lomonte’s and said I wanted to go back. So we did.

But 60? I didn’t want to repeat and it wasn’t so much about the restaurant as the total experience. So, I suggested Port Aransas. And that’s what we did, we spent 5 days in Port Aransas. I also stipulated that we had to go out on a boat. And so, while most of the world went to work that Monday morning, we got up early to meet our fishing guide – Ron Matson.

We met Ron Matson at 7 AM for our fishing trip. Ron told us the three rules:

We take off to an area Ron knows. He’s been fishing these parts since 2000. And was a fishing guide in the Florida Keys before that.

The water is only a few feet deep. I’m amazed at all Ron sees just by looking at the water. He sees below in a way I can’t. He sees the different looks to the top of the water. He tells us there’s a school of fish here, a dolphin there. Of course, he’s been looking at water for who knows how long.

We fish and fish. A couple of pin fish are caught by Ron. He saves them, cuts them up and uses them for bait. One small redfish is also caught, but he’s under sized and back in the water he goes.

We move to another area that Ron has been watching. He is pointing out the ‘holes’ in the water. These are clear areas without weeds. The fish will feed there b/c they can see better. Dick finally catches a red fish that’s just at the limit. He goes in the live bait area because it has water that is circulated – so the fish can get oxygen.

While we’re there, Ron points out the island we’re near. He tells us it is covered with rattlesnakes. Then he’s telling us stories of them swimming to the boats and even getting on. But Ron is ever watching and likely would have prevented it if there had been one near us. Which there wasn’t.

Too soon, it’s time to head back from our half-day fishing excursion. Ron stops at one point because he can see a school of fish. And the sea gulls flying over head. So he stops and tells us to be ready to cast off as soon as he stops. We do this and move a few times before I actually get my line in the water at the right place and the right time. And lo and behold, there’s a fish on the line! A big one, at that. Bigger and stronger than anything I’ve ever caught. (I haven’t fished that much, but I have caught redfish big enough to eat.)

After a while I get the hang of what is going on. I’m basically pulling in the slack; otherwise we could be there all day. At one point the line almost gets hung up on the boat but Ron sets it free. He and I are both holding the rod at that point. I’m almost ready to give him the rod. It is both scary and awesome at the same time. But then I know that I am going to be the one to bring in this baby.

Eventually, it works. All the line is in and I guide the fish to the net Ron is holding. Then he talks about the picture. I’ve seen Ron’s pics. The fisherman is holding the catch. So that would be me. Huh? Hold a live fish? And a big one at that? And, did I mention he was a fighter?

“Hold it under the belly,” Ron says. “It will calm the fish.” So I do. It’s good size. Dick said it might weigh 10 pounds. Ron takes a couple of pics and then I throw him back in the water. I think it was kind of a belly flop. But that fish did not hang around. He was long gone in a heartbeat.

I’m told it is a Jack Crevalle. Which I think is a funny name for a type of fish. They’re not really good for eating. So, he gets to live on and tell his friends his side of that story.

Don’t believe me? Below is the article that Ron wrote for The Rockford Pilot.

Do you want a happy, healthy, positive life? I’m going to reveal the first and most important step to take on your […] 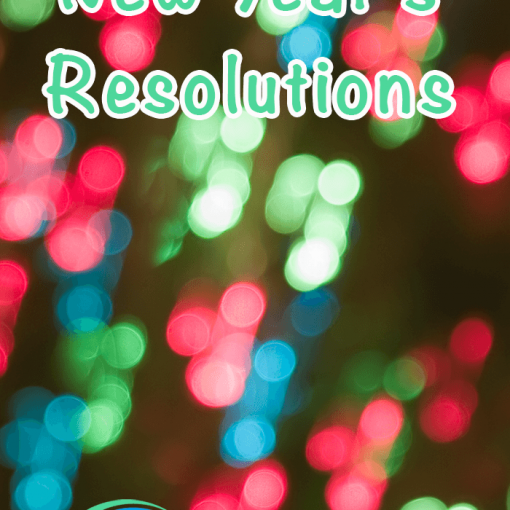 Happy New Year! Have you made any new year’s resolutions? Sometimes, I am rather ambivalent to the whole concept of celebrating the […]