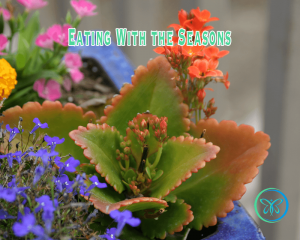 Have you heard about this phenomenon of eating with the seasons? It truly isn’t a new concept. In fact, for thousands of years it’s how humans ate. It has only been in man’s recent history, perhaps since the beginning of the Industrial Age, that humans began eating foods that were not in season locally.

I’m talking about a time when the only foods available were those grown in your region. Prior to the trains with their steam engines. In a time where the only way food traveled was with a horse and buggy. Which meant it didn’t travel much more than 150 miles – a day’s ride.

In those days, there was no talk of sustainability or seasonally eating or organic farming. They all existed, by default. That’s all there was.

What of this Eating With the Seasons?

I confess that I lived many years without giving the concept of seasonal eating much thought. Up until 2010, I ate mostly what was found at the grocery store. That was the year that I started my training to become a health coach. It was also the year that we began shopping at the Pearl Farmers Market.

Since that time, I have studied quite a bit about food and how it affects our body. As I’ve learned more, I’ve begun to realize the synergy between food local to a region and our bodies. We eat more stews and meats and warming fats in the winter time. Springtime is the time of many vegetables, especially radishes which help us lost that winter fat. Summer is full of vegetables and fruits.

There’s Even Science to Back It Up

Without going into the detail of it all, research has found that by eating out of season, we are confusing our pineal gland and therefore messing up our circadian rhythm. The pineal gland regulates your body’s circadian rhythm based on sunlight, temperature, and environmental factors, including what you eat.

It’s an interesting topic to explore and something I’ll be looking into more.

And, in case your interested in learning a bit more, here’s an article on reasons to eat in season.

How Do You Eat With the Seasons?

What do you think? Are you interested in learning more? Do you think you might want to eat more in line with the seasons?

By the way, do you want to be on the list that gets news about this site first? Sign up for my newsletter. 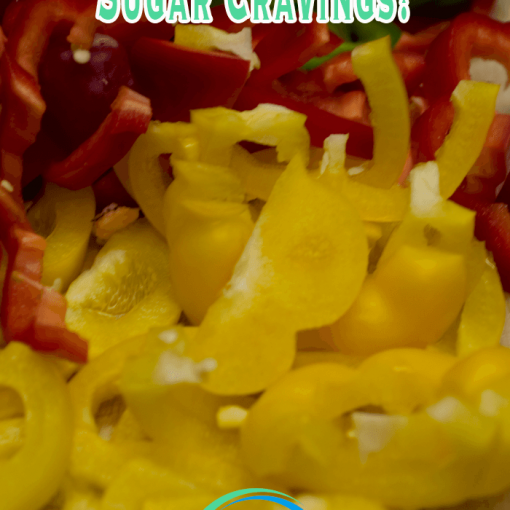 Do you want a cure for sugar cravings? What do you normally do for them? Indulge in sugar? Would you like to […] 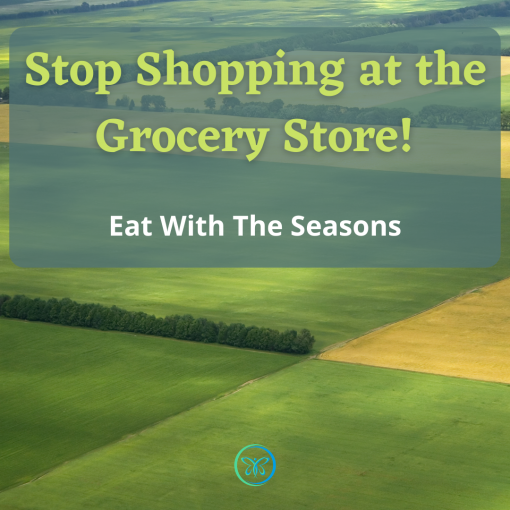 This is another in my series titled: Stop Shopping at the Grocery Store. This tip is to about eating with the seasons. […] 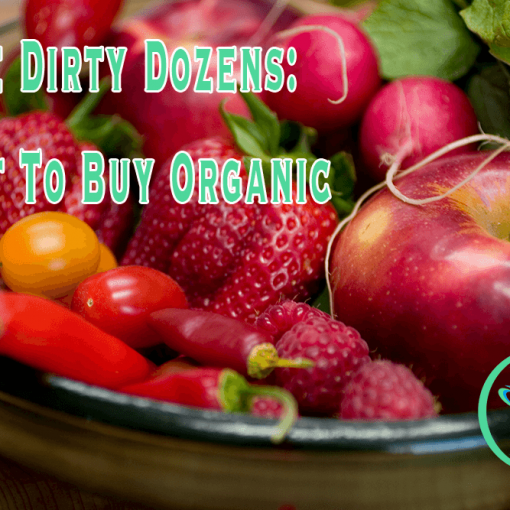 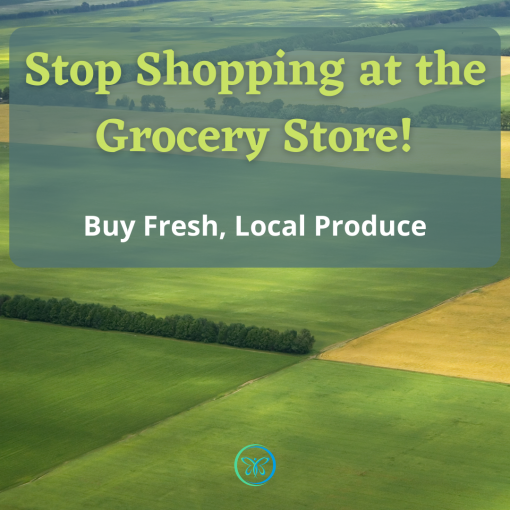 First in a series of tips: Stop Shopping at the Grocery Store. Instead, buy fresh local produce!