Do jalapeños have health benefits? Do they have any properties, other than their spicy flavor, that benefit us?

Jalapeños! Either you love them or you hate them. I grew up in South Texas so I love them. A few weeks back, I posted my recipe for Jalapeño Lime Salad Dressing. Then, a friend asked me if jalapeños had any special properties. She knew me, too well. She’s already of fan of Cranberry Jalapeño Salsa. And she may have even tried my nearly-famous Sweet Potato Salad which also has jalapeños in it.

My first thought when she asked about their health benefits, was that they contain Vitamin C. After giving it more thought, I decided maybe I should write about jalapeños and talk about their benefits. I’m thinking of making this a regular feature.

The jalapeño is a chili pepper, a member of the species Capsicum annuum. That species includes many peppers, such as the bell pepper, banana pepper, pimento, and the habanero.

The jalapeño was originally marketed in the city of Jalapa, Mexico, where it got its name. It ranges from 3,500 to 8,000 Scoville heat units, making it on the milder side for chili peppers. (The Scoville scale goes from 0 to over 3 million! YIKES, THAT’S HOT!)

Jalapeños are typically harvested while still green and can be red, orange, or yellow when fully ripened.

An interesting factoid: In 2014 the US produced over 460 MILLION pounds of peppers!

Some recipes call for fresh jalapeños though sometimes jalapeños and other peppers are pickled. Makes me think of Peter Piper and the peck of pickled peppers he picked! The three recipes on my blog that I mentioned earlier call for fresh peppers. Although, for the salad dressing, I often use some that have been frozen. I just throw them in a plastic bag in the freezer. Frozen jalapeños don’t work well in a dishes that aren’t cooked, such as salsa or my Sweet Potato Salad; primarily because they lose their crunch. You can use frozen ones in cooked recipes.

Capsaicin is the component of chili peppers that determines the Scoville heat units for a pepper. It also has several beneficial properties:

Like most all peppers, the jalapeño is a good source of vitamin C, providing immune support and beneficial antioxidant qualities.

They are also good sources of vitamin A and B vitamins.

Overall, they are good for you and they add interesting flavors to foods. Here in South Texas, they are added to many dishes, even ice cream and jelly!

Do you like jalapeños? Or are they too hot for you? Were you intrigued by the idea that they may help with weight loss? Yeah, me too!

By the way, do you want to be on the list that gets news about this site first? Sign up for my newsletter.

Okra! Do you know the health benefits of okra? That long, usually green, vegetable that people either love or hate! It can […] 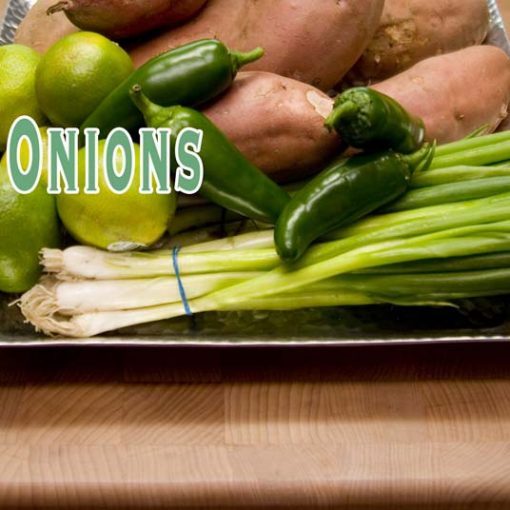 Have you ever wondered about the health benefits of onions? Onions are a good source of biotin, Vitamins B6 & C, calcium, […]