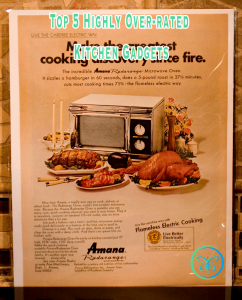 Sometimes, we buy over-rated kitchen gadgets. I’m certainly guilty since I love prowling through kitchen stores looking for new and cool gadgets. Often I’m rewarded with a really cool tool, but there are some kitchen gadgets that are highly over-rated. Here is my list of the top 5!

I have a rice cooker that I used for a number of years. I remember buying it while I lived in Houston. The first one I bought was a disaster. The first time I used it the rice stuck to the cooker. What a mess. So I returned it and got one that worked better. But, it had far too many parts. And a timer that wasn’t electric. One time I actually ran the entire cycle without plugging it in, all because I could hear that timer ticking away!

For a few years now, I’ve just cooked it on the stove. I found a recipe that works really well. Every time. All it requires is a pot and a lid. Plus, it takes less time than my rice cooker.

It just wasn’t worth the trouble to own another electric can open. You had to plug it in. You had to give it counter space. And worst of all, it would get incredibly dirty. It was both difficult and dangerous to clean. Modern manual can openers are easy and safe. No sharp edges.

I’m talking about the special pan on the stove or the microwave egg poacher. They should both be called “egg steamers” since that is what they are doing. A poached egg is cooked IN, not over, water. I had a stove-top model once, probably pre-fire. Not anymore.

I think we all know now that teflon is toxic, right? Even it weren’t, it still falls off and you wind up eating it. The newer non-stick pans don’t even tell you what they use. Here’s the thing, though: they were created for the margarines and processed vegetable oils that came out at the beginning of the ‘fat is bad for you’ craze. (Which, rumor has it, was started by the sugar industry.) If you use good quality fats and oils and heat your pans until hot, you don’t need non-stick cookware.

I remember when my dad bought my mom a microwave oven. It was called an Amana Radarange microwave oven. Dad gave it to Mom for Christmas in 1969 and before she opened it he told some corny joke about an Eskimo. I don’t remember the joke now, but the punch line was “Radar.” We thought that microwave oven was the coolest thing and tried just about every recipe in the book that came with it. Only one of those recipes would I use today. That’s the one for Two Minute Fudge.

Mom bought “Liquid Smoke” so meats would brown and cooked a lot of things in there. Eventually it got used mostly for reheating, though.

This is how we use ours today: cooking bacon and heating leftovers. That’s about it. I tried them in the past for many things, but found that they cook unevenly. Honestly, if it were up to me, I might not even have one at all.

There are many who say that the microwave destroys our food. It’s a topic I’ve researched, but haven’t found much evidence either way. A few years ago, there were images shared around the internet about an experiment that proved that microwaved water was harmful to plants. It was a horribly flawed study that proved absolutely nothing. Out of curiosity, I conducted a similar experiment. But then I took all of the posts about it down. If you’re curious, you can read about my microwave experiment.

So tell me in the comments: Do you agree or disagree with my list? What do you think is the most over-rated kitchen gadget? 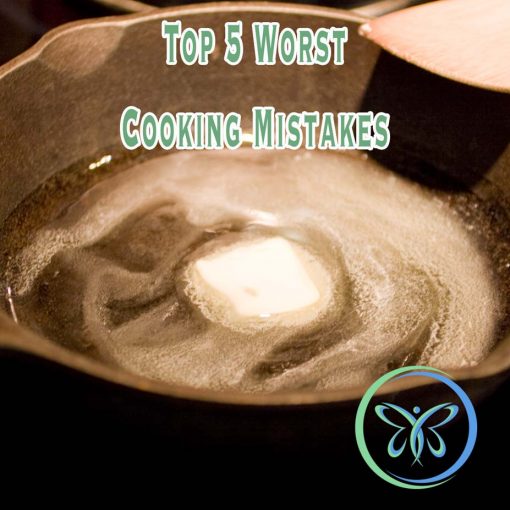 Cooking mistakes! We’ve all done them. I’ve been cooking and baking since age 10. That has given me a lot of years […] 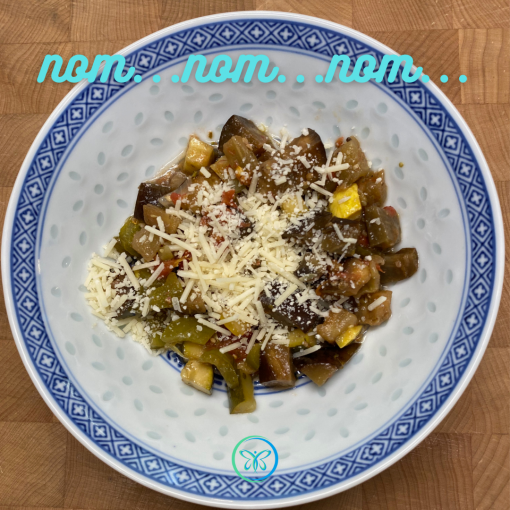 During the pandemic, I spent a lot of time cooking. And in July of 2020 I got the idea to make Ratatouille. […]

Mise en place (pronounced MEEZ ahn plahs) is a French culinary phrase which means “everything in its place.” I learned this term […]

Which kitchen gadget should you splurge on? There are so many out there. Some look great but don’t deliver as promised. Others […]