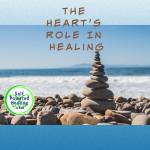 The human heart is much more than a pump. it can sense, feel, communicate with the brain, and even help with natural healing. Want to learn more about the heart?

(I get small commissions for purchases made through the Amazon affiliate links on this post.)
The Heart’s Code: Tapping the Wisdom and Power of Our Heart Energy – Affiliate link

The Heart Speaks: A Cardiologist Reveals the Secret Language of Healing  – Affiliate link

The Subtle Body: An Encyclopedia of Your Energetic Anatomy – Affiliate link

The “Little Brain In the Heart” – This link has pictures showing the location of the brain in the heart.

Science of the Heart

According to Western medicine, the heart is a pump. It’s the center of the circulatory system. But essentially, it is only a pump. A mechanical device to push blood through the body.

But what do we really know about the human heart?

It turns out that it’s much more than a pump. Ancient Chinese texts considered it to be the seat of intelligence. And recently, the heart has been shown to have a brain of its own, as well as a role in our healing.

Let’s dive in and learn more about this important organ.

If you make a fist with your hand, that is about the size of your heart. It weighs somewhere between seven and 15 ounces. During embryonic development, the heart is the first organ to develop. Your heart beats approximately 100,000 times per day, or 40 million times a year. It pumps blood at the rate of two gallons per minute. The electromagnetic field of your heart is 5000 times out of the brain. And it has an electric field 60 times that of the brain.

To Western medicine, the heart may be a pump. But throughout history, in other cultures, the role of the heart has been recognized as much more than that pump. In Traditional Chinese Medicine, the heart compared to a supreme monarch, responsible for maintaining internal peace and harmony. It’s responsible for intelligence, wisdom, and spiritual transformation. It’s the seat of intelligence and the root of life.

Science is an ever evolving field and what seems impossible today could be shown to be true next week or next year. In fact, this has always been true. Even back in the fourth and fifth century, when St. Augustine wrote,

In the past 50 years, science has learned some amazing things about our heart, such as its ability to store memory, to learn, to sense and to feel, to communicate with the brain, sending messages that are understood and obeyed and to heal.

In fact, a whole new field of study has been born from that. It’s called neurocardiology. It’s the specialty that deals with the brain-heart connection. It was in 1991 that Dr. J. Andrew armor discovered a complex intrinsic nervous system within the heart, roughly 40,000 cells that are now considered to be the brain within the heart. That little brain is able to act independently from the brain in the head. It’s able to learn, remember, feel sense, and even send signals to the brain that control internal organs. Which means we have heart with an intrinsic nervous system that operates and processes information independently of the brain, or the rest of the nervous system.

All of which, it turns out, makes heart transplants possible. There are nerve fibers running through your Vagus nerve that connects your brain to your heart. But during a transplant, those are disconnected. They have to be cut, and they aren’t reconnected and they don’t know that they ever reconnect on their own. But from the moment that heart is in place, it begins to beat because of its intrinsic nervous system that enables that to function on its own.

Speaking of transplants, it turns out some heart transplant recipients experience changes in their food preferences, or personality or even sexual orientation to reflect those of their original donor. In his book, “The Heart’s Code,” Dr. Paul Pearsall tells many such stories. Dr. Pearsall held a PhD in clinical and educational psychology and worked as a clinical neuropsychologist.

Included in his book is this story. There was a young eight year old girl, that I will call Mary. She needed a new heart. She received the heart of a 10 year old girl I’ll call Sue. Shortly after Mary’s transplant, she began having vivid nightmares, in which she was chased, attacked and even killed. Eventually, they brought in a psychiatrist who listened to Mary story over and over and said that Mary’s descriptions were too vivid, clear, detailed and consistent to not relate to a real life experience. Eventually, they brought in law enforcement and they connected the details to an unsolved local murder. Mary’s description of the man led the police to him he was arrested, tried and convicted of the murder of a young 10 year old girl named Sue, the donor of Mary’s heart.

What about the role of the heart in healing? Scientific evidence is mounting that the heart can help the body heal. Its innate intelligence and its ability to communicate with the brain and internal organs, and its ability to sense are all part of the hearts healing capability. In order to tap into the healing properties one needs to be able to focus in on their heart.

I mentioned Dr. Paul Pearsall and his book, “The Heart’s Code,” earlier. In the beginning of his book, he told his own story of a journey with stage four lymphoma. He talked about his healing experience in which is hard and the hearts of others played a role. He had not been feeling well for quite some time and kept saying that his heart was telling him there was a health issue. None of the doctors could find anything and they would tell him things like “For God’s sakes, man, you’re a scientist. Use your brain don’t think with your pump.”

Eventually, a doctor ordered a CAT scan and found a soccer ball sized tumor in his hip, as well as cancer. He was diagnosed with stage four lymphoma, a deadly cancer of the lymph system. His had spread through his system and into his bones. He was told he had various little chance for survival.

Throughout his treatment and eventual recovery, he listened to his heart. In the book he says, “My heart sobbed in a primal language that can be understood only when we allow our heart to enter into the constant dialogue between our brain and its body. And when we become sensitive to a much subtler energy than the brain is used to processing. Until it has to “attack” us to get our attention. Our heart has a very delicate way in which it tries to get our attention. And to hear it we must focus on our chest and not our head.”

He also talks about the hearts of his wife and his son connecting with his and about how his heart told him, he could take an active role and actually connect and influence the radiation machine used for his whole body radiation treatments. After many such treatments, the radiation technician told him, “You seem to get a much more measurable effect with much less dosage in time than most patients. What are you doing?”

He had this to say about his “cancer” and it’s healing:

“it (meaning the heart) told me that despite what my brain said I did not have cancer. It said my cells had lost their memory for how to multiply in a more connective healthy way. And as a result were engaging in a thoughtless “cancering.” It said my cells were not getting the right information to teach them how to stay in harmony with my other body cells, because they had somehow become disconnected from their coordinator of healthy energy — the heart. My cancer seem to be the result of cells that had become heartless.”

Have you ever said “I know in my heart” or “I felt it in my heart?” Do you sometimes bring your hand to your heart when something really moves you? Subconsciously, you’ve known all along of your heart’s role.

The heart is a fascinating subject. One I’ll return to in a future podcast episode, I’m sure. It makes me wonder what else is there we don’t know about the human body? But mostly it makes me want to be able to communicate with my heart. How about you? 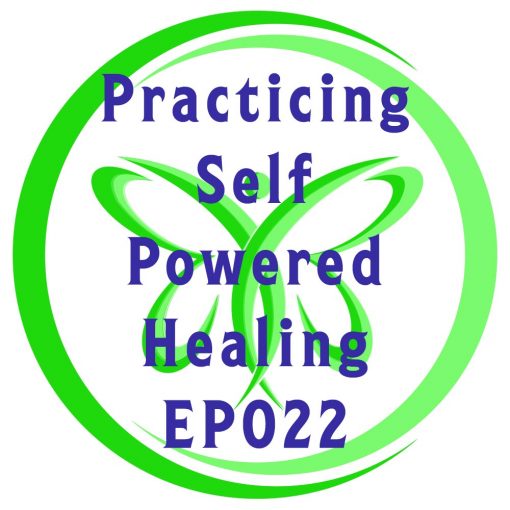 Do you have passions, things you want to do, but think you can’t pursue them? Could those unlived passions cause you to […] 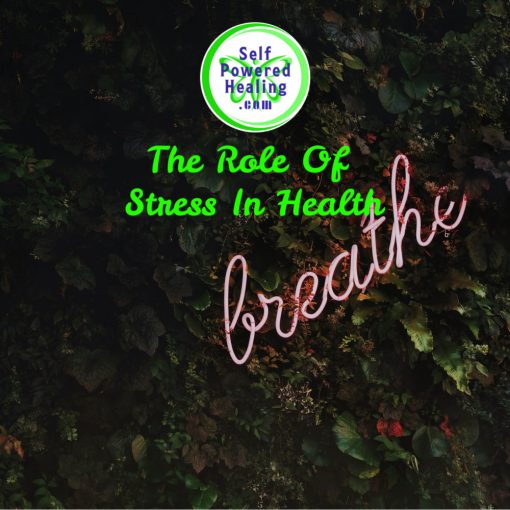 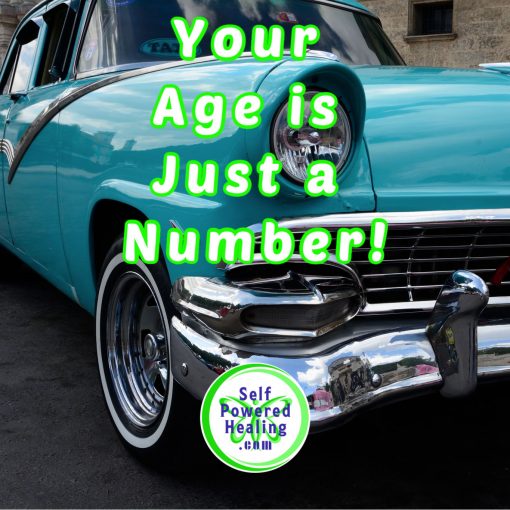 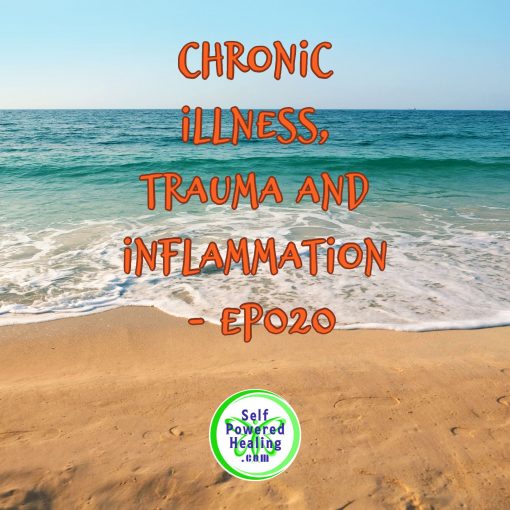 This episode gives a preview of what’s coming up for Self Powered Healing in 2020. We have a new series – Synergize […]